Many new changes have taken place in the amended Power Engineers, Boiler, Pressure Vessel and Refrigeration Safety Regulation M62. They are available on the web for all power engineers to see and use as needed. Check it out at www.safetyauthority.ca ... Read more

This is an article written by Mr. Raymond E. Kolbuch one of our consultants and which was originally published in the 1995 winter issue of Canadian Power Engineer magazine. This article was updated in 2006. Pioneers of Tomorrow By: Mr. ... Read more

Logbooks. How Important Are They?

Logbooks. How important are they? I recently had the opportunity to conduct an investigation into a boiler furnace explosion incident that occurred in a large facility. The incident had occurred several weeks before I was called to conduct this investigation ... Read more

Rules for Marking of Power Engineer Examinations Set by SOPEEC

Marking of examinations all across Canada is conducted by well trained examiners in accordance with national Standards established by the Association of Chief Boiler Inspectors of Canada (ACI Canada) and their sub-committee on the Standardization of Power Engineers Examination Committee ... Read more 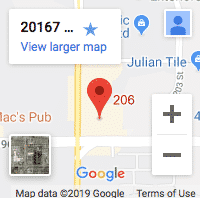